How to join or concatenate a list of elements text to a only text?

How to remove empty elements in a string list?

How to exchange elements random in the same row of the matrix list given the number of exchanges for each of the rows in the list.

Thank you. I solved the problem by adding the shuffle command 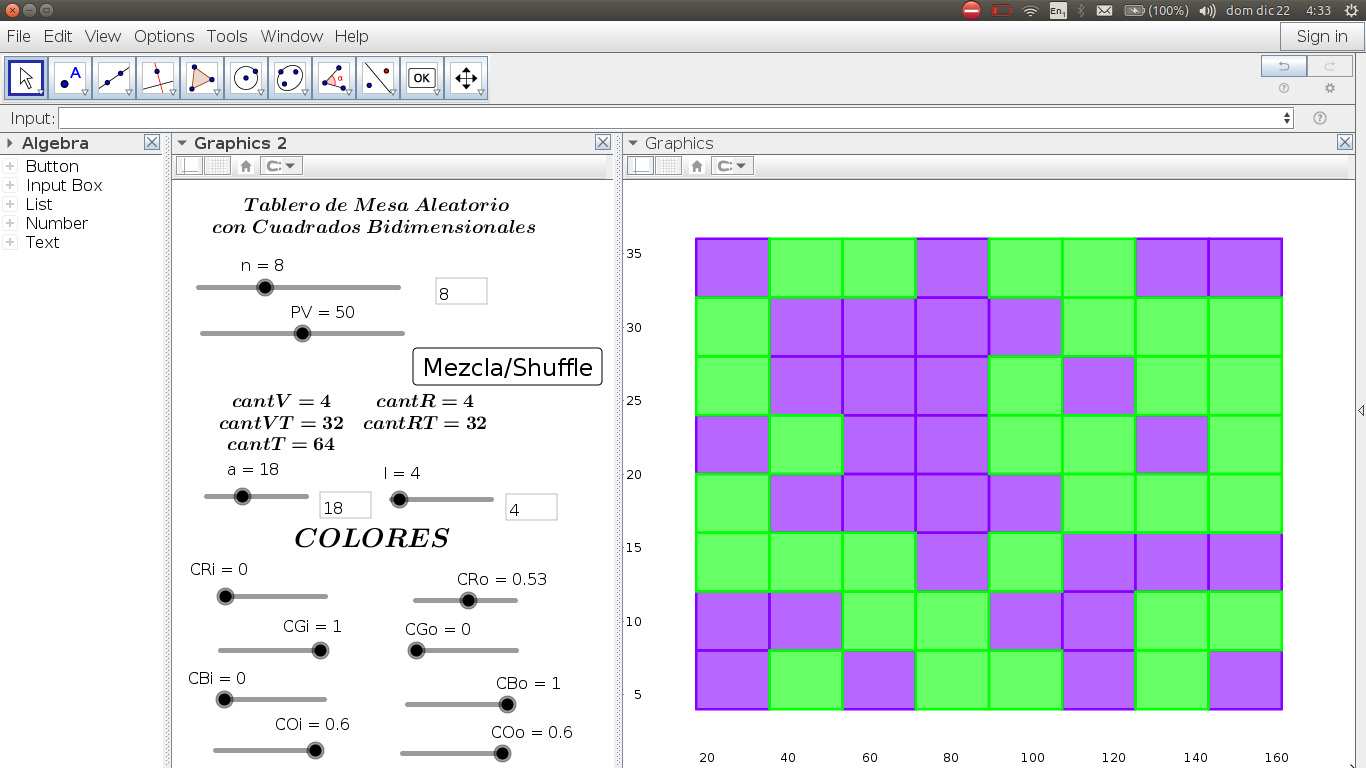 A tricky solution with the help of sorting.

for 10 rows, 4 indices (column number) per row are determined with a random number

The 4 indices from l1 are randomly mixed.

Forms the indices in a sequence from 1 to 10. If, however, the current index occurs in the sequence in a certain position of l1, so the index from l2 is taken over with the same position.

l3 is the help list for sorting. It can be interpreted as follows:

I have changed the values in m1 so that they are not confused with the indices.

The result is formed in m2.

Realize the whole thing as a script.

However, this would require the matrix to be converted into a one-dimensional list

and there is no decent iteration in GGB script. Substitute for this is Execute(< with iteration generated commands>)

Thank you. I solved the problem by adding the shuffle command