Let me move the text window

Assigning values to cells in a spreadsheet automatically

The edit field in the text window has some really annoying unwrapping behaviour:

1) When pasting (Strg+V) anything into the edit field, all line breaks vanish. 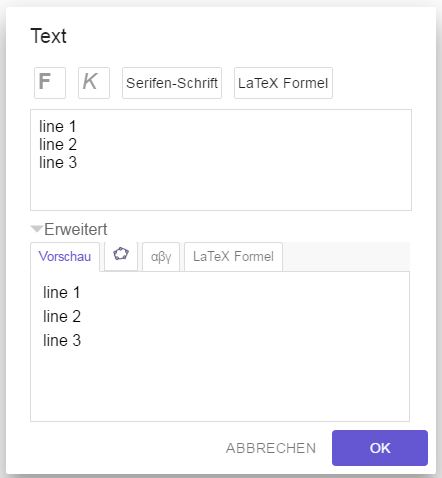 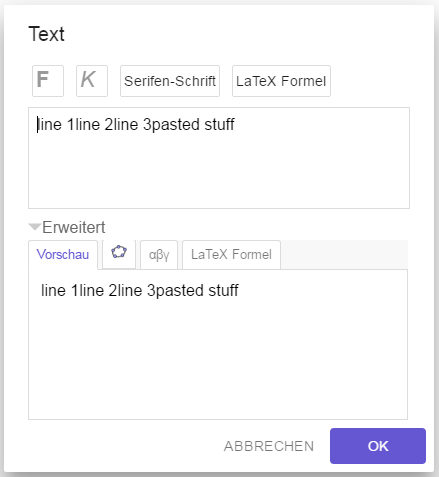 For simple text this is "only" an inconvenience having to add re-all the linebreaks. In LaTeX - even though the missing line breaks are usually not even relevant for the output - it can be a major hassle to make some complex input readable again for further editing.

2) Even when just re-opening a text, a lot of linebreaks are not displayed in the edit field anymore.

2a) In simple text mode it seems that just all the empty lines are "gone". (They are still there in the output though, so Geogebra apparently knows they are there. It's just impossible to edit them other than deleting the single visible linebreak.)

For example, clicking OK on the following 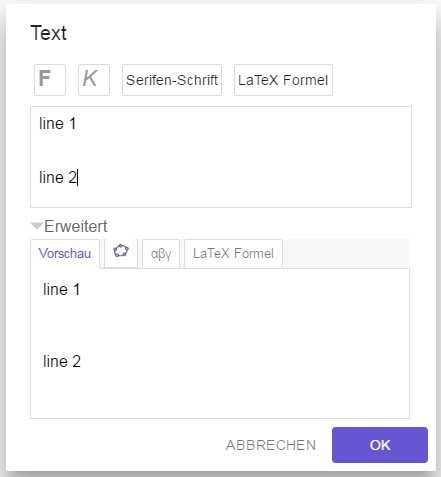 and then reopening the text, it will look like this 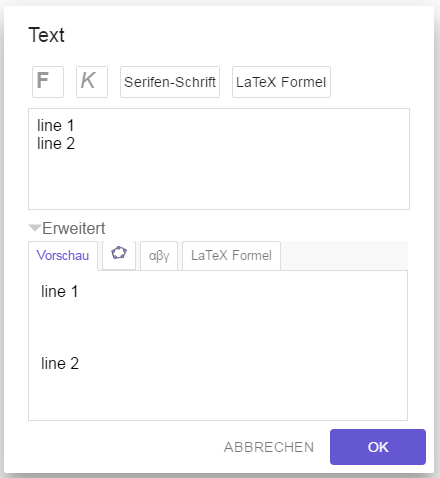 2b) In LaTeX mode it gets worse: often a lot of line breaks are gone completely. Which linebreaks disappear depends on some unknown, hidden factors though; I can't always reproduce this. For example, clicking OK on the following 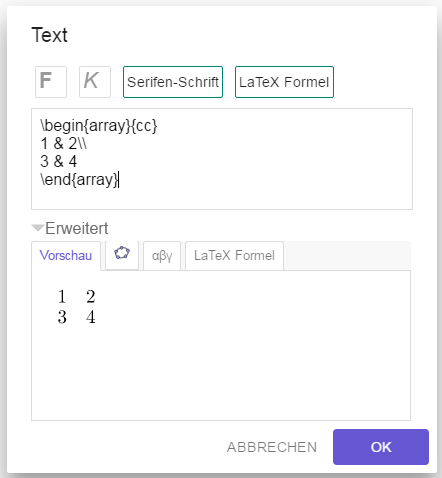 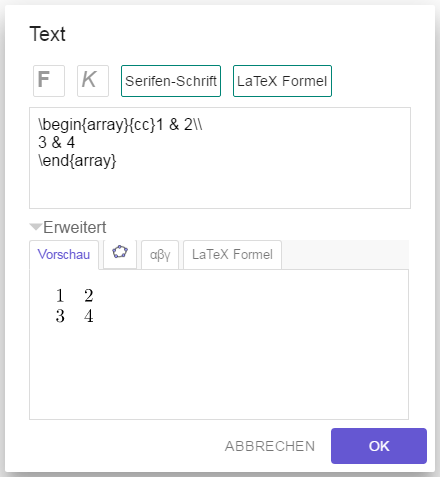 but not always. In my test with such small input I actually got such vanishing linebreaks only very few times which kinda surprised me. In the past few weeks I had used this with rather large and complex LaTeX inputs and usually everything was on a single line after reopening, making it completely unreadable and difficult to edit.

Aside from the bugs occurring there, I don't understand why Geogebra tries to mess with linebreak display in the editor in the first place instead of just saving and showing them wherever the user has put them. Maybe some "smart unwrap" feature like some LaTeX editors use?

And 5 is also so much more convenient in other regards. I wish I had known earlier that 6 ist just 5 with an uncomfortable UI.