Show and plot integer points in a region.

[fixed] Captions for Inequalities are not saved

So far everything was ok, as is shown in the upper part of this screenshot(s): 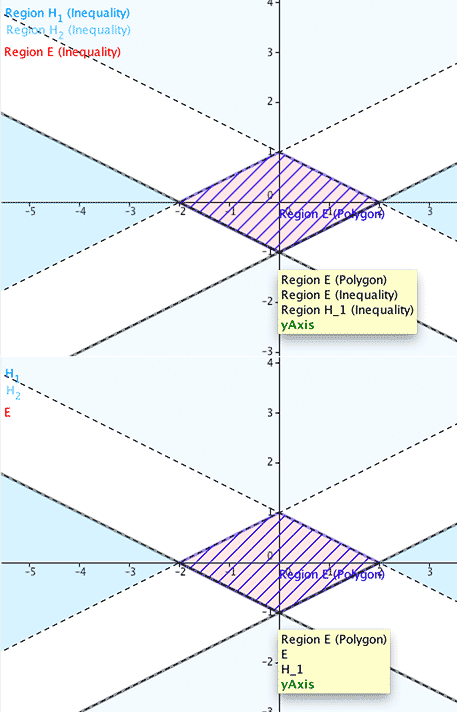 After saving this file and reopening it later, I found that all captions of the Inequalities were lost (lower part of the screenshot), Show Label and Tooltip were still set to Caption.

I re-made this file with the captions, added a polygon (hatched) and set a caption to it, too.

Saving and then reopening it showed that only for the polygon the caption was saved.

Choosing Help > About/License > System Information before saving the file, you can see that within the

A little more experiments showed that the same is true for a Multivariable Function.

In the Wiki it says:

... GeoGebra offers captions for all objects, in addition to the three labeling options mentioned above. You can set the caption of an object on tab Basic of the Properties Dialog by entering the desired caption into the text field called "Caption". Afterwards, you can select the labeling option "Caption" from the drop down menu next to the checkbox "Show Label".
without any exceptions, but apparently this is not valid for objects of type functionNVar.

I'm a little bit confused about this behaviour, since when creating the objects all captions are displayed correctly - though they don't appear in the construction (System Information) - and get lost after saving.

<caption val="..."/>.
in the geogebra.xml file for the Inequalities and it works: The captions are displayed.

But after saving this file they are lost again.

Thanks, fixed for next release.